How can I check my flight number? 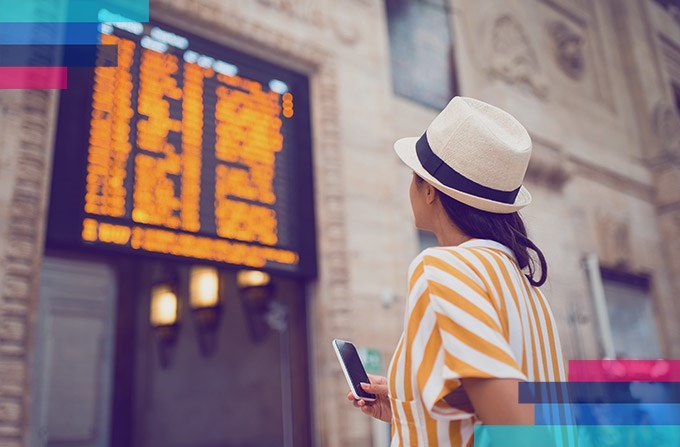 How can I check my flight number?

You can find the number of your flight on the flight ticket. You will need it at the airport to find check-in points and gates, or when you pick up your family and friends and want to check if their plane is getting close. You can also use it to follow the current aircraft schedule on the sky on eSky Flight radar.

The first two letters are an individual airline code assigned by the International Air Transport Association (IATA). This code is used as a distinguishing mark of the airline on flight schedules, flight tickets and bills, as well as seat assignment booking systems.

IATA codes are quite simple, but when it comes to numbers the matters is a bit more complex. Even numbers are assigned to flights going East and North, while odd numbers – flights going West and South. This scheme is also used to state outbound flights (odd numbers) and inbound flights (even numbers). For example flight from Warsaw to Bangkok would get number 207, while return flight 208.

Flight numbers state the importance of the connection as well. Low numbers are usually booked for carrier’s flagship connections. Numbers between 3000 and 5999 mark domestic flights, and those above 6000 code-shared flights, which are operated by airlines that have an agreement to work together. Numbers starting with 8 are for charter flights.

There are, of course, unwanted numbers that are never used. For example “unlucky 13” or 666. Numbers that double with aircraft symbols are also avoided (e.g. Boeing 757). It’s worth mentioning that American Airlines flight from Boston to Los Angeles marked AA11 got a new number after the terrorist attack from 11th September of 2001, when a plane with this exact number has been hijacked.

Remember that all rules mentioned above may have exceptions, and the number assigned to the given connection depends entirely on individual directives from the carrier.